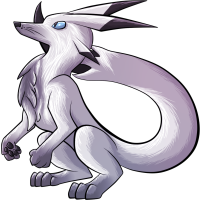 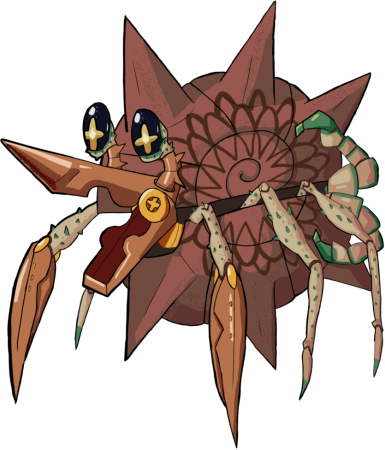 A thick-shelled seed pod. It's heavier than the others like it, though, and there's a hole where something bored into it. It shakes slightly if repeatedly disturbed. Is something living in there?

The seed pod has split in half to reveal a strange bio-mechanical crab living inside of it. It busily scratches indentations onto the pod's exterior. Though it occasionally tries to walk around, it does so rather clumsily, since its organic legs seem to be maturing at a slower rate than the bio-metal—its preferred method of transport is to crawl inside of its shell and to propel itself forward using its front pincers, like a wheel with spokes. It's omnivorous, happily feasting on everything from scrap metal, to fruit, to meat.

The Long-Nosed Wheel Crab is a bio-mechanical crustacean that is a scavenging omnivore, found in arid climates near bodies of water. It has a symbiotic relationship with a tree-like cycad found along riverbanks in relatively arid climates, known as the Mace Tree. The Mace Tree's heavy, hard-shelled pods can inflict serious injury if they happen to fall on a researcher, but make perfect protective armor and convenient transport for the Wheel Crab, which travels long distances by rolling itself forwards. The spike at the end of this variant's mouth acts as just another spoke of the wheel when it tucks its head in. They reinforce the shells with a lacquer-like secretion, and seeds dislodge and fall from the shell as they roll around, helping the plant spread. Eggs are carried in the mother's humid shell, then the young are deposited into a seed pod that will later become their first shell.

Long-Nosed Wheel Crabs are temperamental in the wild, and will ram into threats at high speed with their spiked armor. Researchers are advised to keep an eye out for their territory—but an easy countermeasure to getting ran over is to simply step out of the way; Wheel Crabs cannot make sharp turns, and will roll right past them. Among their own species, they are somewhat sociable, and when raised around other creatures, they will tend not to see them as threats. 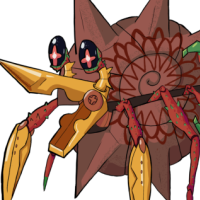 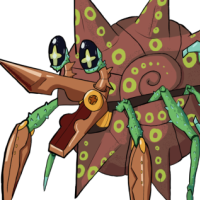 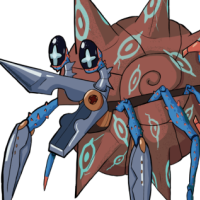 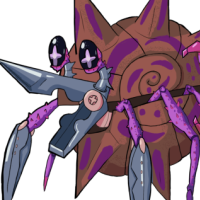 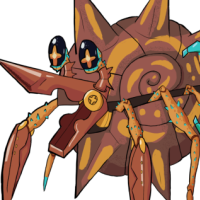 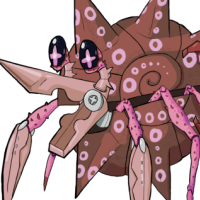 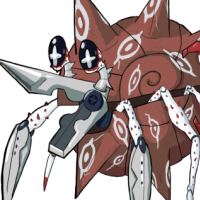 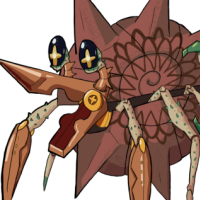 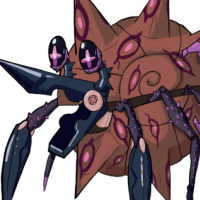 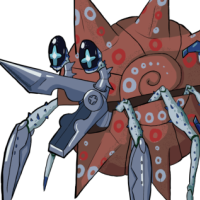 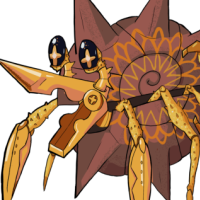 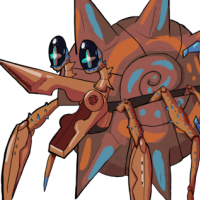 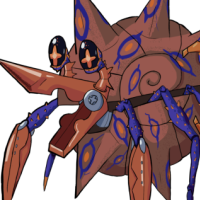 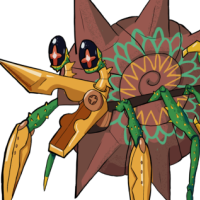 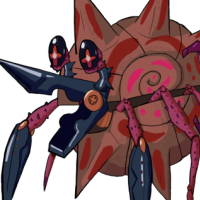