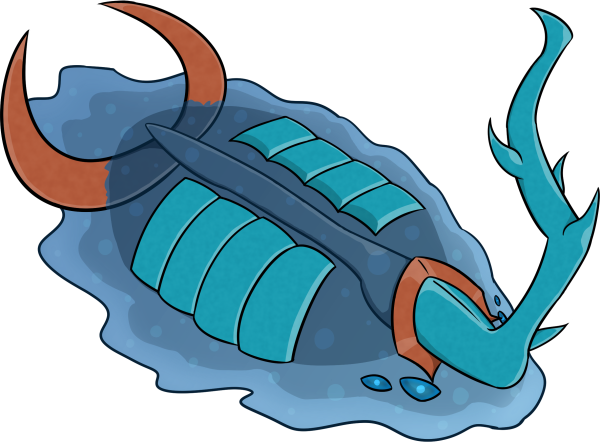 This round, spiky egg is much heavier than its size lets on. Moving it around produces a sound not unlike that of swishing a jug full of liquid.

The egg has hatched into a pupa-like arthropod with an impressive horn that it isn't afraid to use if it feels at all threatened. While it appears to be an aquatic creature, this juvenile does not like being submerged for extended periods of time. It does, however, readily drink water and seems to have no preference in regards to freshwater versus saltwater. Its shell is hard, but its skin very squishy and malleable, and while it is not fast-moving by any means it inches along the ground with greater dexterity than one might assume from its form.

A common sight along the coastline, Horned Tidewatchers are most active whenever the tide is shifting in or out. Adults tend to be quite brazen and will readily defend themselves against other creatures, even if they are several times smaller than their aggressor. They will attack directly with their horn as well as spray pressurised water at their target. Few creatures actually seek them out as prey, partly due to their eagerness to defend themselves, but their population ends up being controlled in a different way: individuals caught by a particularly strong wave will end up pulled out into the ocean where their body will gradually melt away, leaving behind only the various pieces of their shell.

While they prove relatively easy to keep in captivity, it is not unusual for them to mistake all sorts of small objects as food. Thankfully, if one is diligent about feeding them then this is usually a non-issue. It's easy to tell when a Horned Tidewatcher has given up on eating something that turned out to be inedible, as the object will be covered in a thick layer of its gooey saliva. In the wild they are observed eating small creatures and plants within tide pools. In captivity they'll readily eat from a dish or even one's hand, but the latter isn't recommended unless one doesn't mind spending several minutes washing their hand of their saliva afterwards. 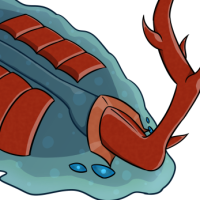 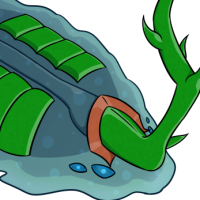 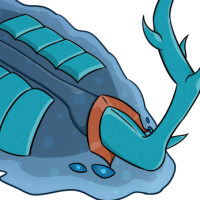 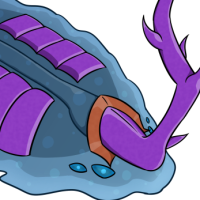 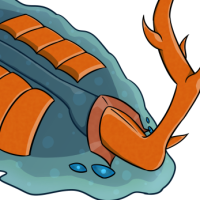 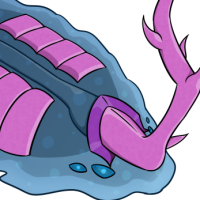 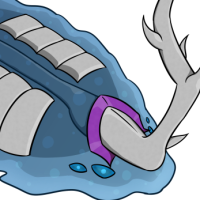 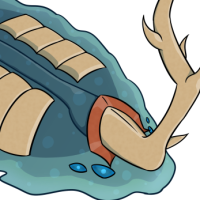 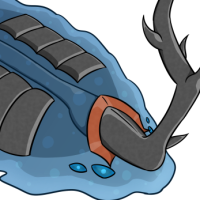 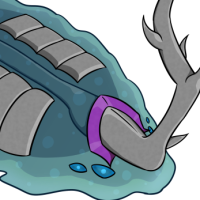 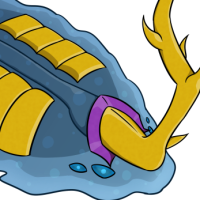 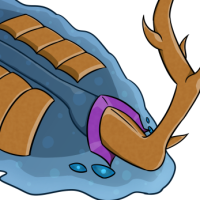 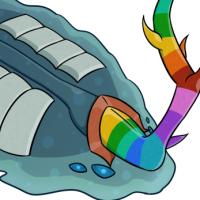 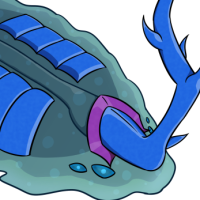 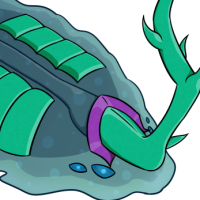 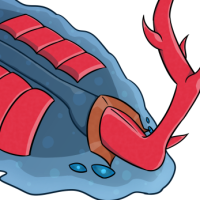