For larger updates and site news, check out the Latest News down below.

What was once just yet another passively observed life-bearing planet became the centre of the Intergalactic Allianceʼs attention upon a tremendous discovery: imagery of a dilapidated, overgrown facility collected by a small probing drone that was dispatched during a round of routine planetary observation. In the hopes of potentially finding a new civilization to contact, the IA sent out more drones to investigate further. All they found were similar such scenes as before but in various different locales, with absolutely no sightings of whatever people had constructed and lived in these places.

After a large, calculated effort that took nearly six years of time, the IA built a fully functioning base of operations on the planet. Researchers of all types work around the clock at Headquarters, but the most perilous job on Planet Chroma is that of the field researchers. It is they who go out deep into the wilds of this vibrant world, seeking bits and pieces of history and interacting with the wildlife. Chromaʼs fauna is quite curious, and bound to its environment in a way not seen on other planets.

Everytime a new ship lands on Chroma, everyone knows it will be full of only one of two things: supplies that are problematic to manufacture on-site, or dozens of new recruits that are about to call this planet not just their new place of work, but also home. As for what these fresh faces will end up discovering… that is something some think is best left for them to experience all on their own. 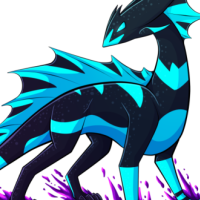 It's the first part of a large Delving update. The second part, much like this one, will also bring some sweeping changes. But, for now, let's focus on what's just landed!

You can now purchase Add-On Kits at …

Welcome to Galeful Marsh, researchers! Over the course of the next several days, you'll be running into numerous new species! They'll show up one by one each day (with a few rest days inbetween) for 24H at a time. Once …

Since you've all been extra-good fieldies this year, we've cooked up something special for you: an entirely new mainstay Sector release! For those of you who weren't around for the first time we did this, don't worry, this post will …

A new species has appeared in Crop Circle Canyon! This creature will be flooding this Sector for 36 hours, after which it will appear at its normal rate.

If you don't see any right away, don't worry—more will appear every …